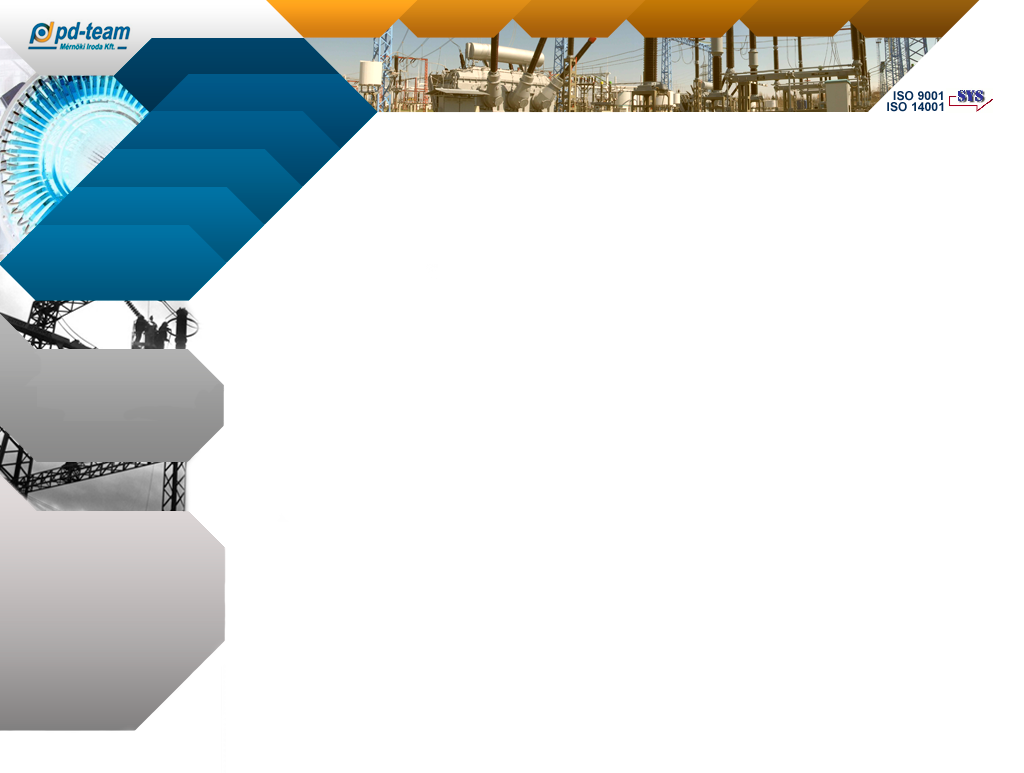 E.ON awarded again the outstanding performance of its suppliers. Among them our team of engineers also won this award.

The energy company indicates this way who are the suppliers that produce consistently high quality. This recognition was obtained for the second time by us.

In asset management the most effective way is to deploy methods that give centralized control over costs, optimize asset utilization and development of the network, and provide a clear picture of its reserves.

Only by use the results of cyclical medium- and long-term plans can be ensured that the resources spent on the network are not lavishly scattered, but thoughtfully spent taking into account also the network reserves and the potential cooperation between different areas.

For the high voltage networks it is an obligation of the Licensees. Under the Electricity Act MAVIR must prepare a system network development plan in every two years by taking into account the network Licensees’ plans. For this the network Licensees must also prepare these plans. The primary purpose of this legislature is that the costs of unnecessary investments are not charged to the consumers.

The legislature is only about the high-voltage networks, but it is easy to see that the optimal allocation of spent resources on medium and low voltage networks is equally important, not only because of the cost of the extra investment for consumers, but also for the network Licensees.

The larger the number of network elements, without long-term network development plans, the more difficult to achieve this goal. Due to the large mass of the low-voltage network elements, this is not possible at all without such plans. But this is already recognized in the end of the 1970s at Budapest Utility, where a systematic planning methodology was introduced, named aptly basic planning, which was used for a long time there, and which is still used by us - obviously with substantial updates - to optimize the development of networks.

Without the use of systematic long-term plans many wasteful investments are realized at Licensees. Indeed, when a problem to be solved, for example when a new consumer demands must be met, then without simulation of the reserves of the network we know only in very simple cases, how much extra load the network can carry. Therefore, a new transformer station or a new line is built also in cases when this would not be necessary at all. And this is just the tip of the iceberg, which is immediately catch the eye of an expert. See Case Studies

Because of the large mass of low-voltage networks this problem cannot be treated effectively without systematic use of appropriate documentation system. For such a massive demand you need a documentation system that enables lightning-quick overview of the results and presenting them for decision makers.

Also due to the large mass of low-voltage networks it is not easy, either, to keep the long-term plans (basic plans) fresh and to ensure that the development of the network should be only realized according to the basic plans. In particular, the latter is a serious challenge for the strategic management of Licensees, but only by ensuring this the goal can be achieved that the allocation of resources spent on the network is as efficiently as possible, not lavishly done.

For this to be achieved the planned investments and the plans to be updated should be ranked based on criteria developed by us together with the Licensee. These all together form the Smart Investment Planning method.

This ranking is based on:

In the last_five years PD-TEAM became also an expert of GIS data processing and developed a software developing background. We built the initial database of high voltage network and substations of several utilities. Now we work on the huge database of low voltage networks.

The most important issue in the operation of low voltage networks is the protection against indirect contact. For this purpose safety schemes are inevitable that show the places of the fuses and further network information for the assembly workers of the utility. PD-TEAM Ltd developed a software solution for automatic generation of this kind of schemes directly from the Geographical Information System that we now use in production of huge amount of safety schemes. Because of the huge amount of data and the persons affected in this work we use an effitient, tailor made workflow managementet system.
More...
Construction Planning

The planner must take into consideration the customers' needs, the operational and development conceptions of the utilities as well as the applied solutions and the range of devices accepted by the utility. A carefully carried out plan optimizes the network investment sources.

We make these plans according to the standards and we harmonize them with the utilities and with the local authorities and we also get all the necessary authorizations.